So I started grad school this week. It's been a long time since I was in school.  Ten years. Crazy. Of course, this time around I fit in a little better than my past college experience. I was a "traditional" student for exactly one year. It was a good year...maybe a little too good.  At the end of my freshman year, I went home just a little bit pregnant. I took a semester at our local university while living at home, had D. in December, and went back to my original school in January with a husband and 6 week old baby boy. 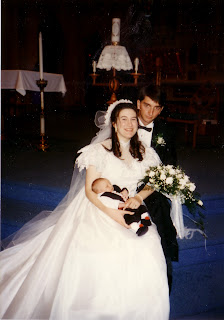 After N. was born two years later, we moved to Rockford. 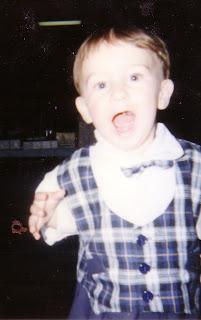 Fast forward three more years and I was registered to start classes at NIU when my husband left me. I headed back home again with tail between my legs and school plans on hold. In 1999 I finally made it back to school, juggling part-time work and raising two little boys as a single parent.  I was very lucky to have family around to help me out, or I don't know how I could've done it.

I graduated in 2002, a full eleven years after finishing high school. I had every intention of starting on my Master's degree right after finishing undergrad, and I actually did take two classes that summer in order to add a couple of endorsements to my certificate, but we got married two weeks after graduation... 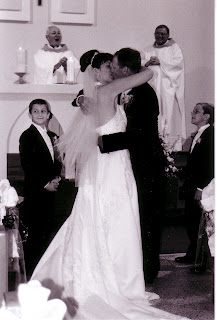 I've had each of my classes once. I'm feeling cautiously optimistic, despite the "surprise, this class will be partly online!" bomb dropped on me Tuesday night. I'm excited not just to be working toward my Master's and better pay, but especially to be learning things that will help me to be a better teacher. Also exciting? The fact that it looks like one of the classes won't require a book, which is good since the other one cost a fortune.﻿﻿

I'm back at more than school. With the 50K looming in April, I'm starting up regular training again as well.      The plan that I found online doesn't actually start until January 23, but since it calls for running 5 days a week (instead of my preferred 2-3), I decided to start running more regularly now so that I could begin rebuilding that morning run habit that I was so good about during half marathon training.  This process has had a less than auspicious start, though. 1) Last Saturday I went out to run before taking J. to a college basketball game (go Billikens).  I didn't leave myself time to run more than a mile, but it felt like the first mile I ever ran. It was awful, and I had to walk 1/2 mile in because my shin was hurting.

2) Sunday wasn't much better, though I managed two miles and the shin didn't make me walk until the second mile.

3)Tuesday's 2 felt slightly better, possibly because they were slightly slower.  In addition, Tuesday was a triumph because I managed to get myself out of bed before work to run.  Getting up at 5:15 is never fun so I hit snooze and slept until 5:30, but knowing that it feels better once I'm moving is a good incentive.

4) Wednesday night I ran 3.2.  It was kind of fun because (thanks to my as yet unnamed Garmin) I wasn't stuck running the same old route in order to know my distance.  Also, I didn't want to die.  Progress!  Each run has felt a bit less terrible than the one before.

I've run way further than this; a week ago, I ran further several days in a row on the trails without feeling as bad.  What's going on with me? I think it's a combination of a couple things.  First, last Saturday's run was my first with my new Garmin.  I think the reality of my pace was stressing me out.  Mind you, it wasn't any kind of a run other than a "logging miles" run; no speed constraints or goals of any kind, but I'm not used to being able to see my pace.  Another contributor is the fact that I've done virtually no road running in the past several months and my body is adjusting to the different demands.

Besides those things, running has changed for me.  When I started running, it felt terrible; no matter how slowly I ran, I felt like I was dying.  Strangely, I think that made it easier to push myself, because it all felt like pushing.  Now I've come to a point where I can run comfortably, though the pace is slow.  Being able to be comfortable at an easy pace makes it harder for me to push.  Finally, I have slowed down from what I was able to run in the past.  That's a combination of lack of regular training in addition to a focus on endurance rather than speed. 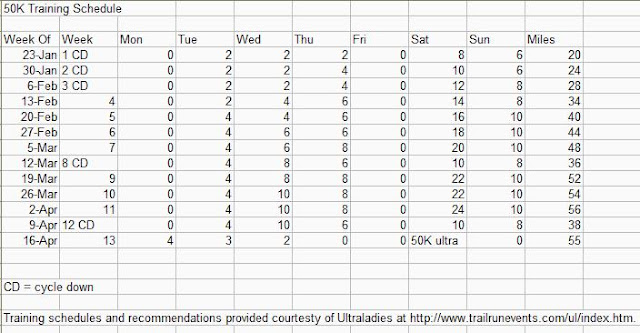 Speed will definitely not be a focus of mine for the 50K, but I'm thinking I'm going to use one of the weekday runs for hill repeats or for speedwork (alternating weeks).  The majority of weekday runs will also be on roads/sidewalks out of necessity.  The weekend runs will be on trails.  And thanks to the Garmin, I'll know both how far I've gone and how slowly I've done it.
Labels: grad school life running training