I was packed the night before I left. I wasn't sick. No team member mistakenly believed the race to be the following weekend. We weren't even running late. Granted, I couldn't pick up my mountain bike from the shop until about an hour before our scheduled departure and had to spend my morning walking in order to log enough steps to ensure I'd meet the day's Stepbet goal, but that was the most stressful this Thunder Rolls departure got.

The weirdly relaxed day continued in Mt. Carroll, where we arrived on time, found the bike drop without incident (or missed turns), and had gear and maps prepped in time to nap for over an hour. I didn't feel a single nervous pang about skipping ropes practice ("meh, we've done that plenty...") and, for a person who really like to know exactly what to expect, was curiously blase about the fact that basically half of the race course was a gigantic question mark.  The uncharacteristic lack of pre-race stress was very confusing.

Gerry explained the format of the course at the pre-race meeting.


It's almost hard to believe after last year's insanely full (for me, anyway) AR schedule, but Thunder Rolls was our first adventure race of 2016. Chuck had spent the spring training for the MR340, and I'd spent the year building up bike mileage for my Motherlode attempt. We'd barely trained together for the last few months, and everyone else on Virtus was similarly busy and unavailable. We figured between his paddle fitness and my bike fitness we'd be in decent shape for the race.

We started with our typical "jog past the photographer" before slowing to a fast walk on the camp road. I always forget how hard running with a pack is, and this was a harsh reminder. Chuck seemed like he could run way longer than I could, so I had to keep being the one to ask to walk. On the other hand, all the walking I had to do for that stupid Stepbet (which I finished on raceday and won $50 in!) must have paid off because he said my walking pace was so fast that he sometimes had to jog to catch up. Pretty straightforward trek to the canoe put-in.

It's true!  A whole summer of stupid Stepbet challenge had her stomping out these crazy long strides causing me to jog along several times to keep up.

When Virtus did this paddle in 2013 it was after a really rough start to our race and we ended up paddling in the daytime with the faster 12 hour teams passing us. The riverbank is super steep and was just as treacherous as it was three years ago.

We'd been thrilled to not be starting the race with coasteering, but here we were with wet feet just an hour into the race. There were a bunch of logjams we had to maneuver through/over and one huge beaver dam we opted to portage around. This required hauling the canoe up the steep, muddy riverbank, dragging it past the dam, and then easing it down the other side and back into the river. It was so hard.  I remember standing at the top of the bank, pulling with all my might as Chuck pushed from below, and thinking it was impossible. 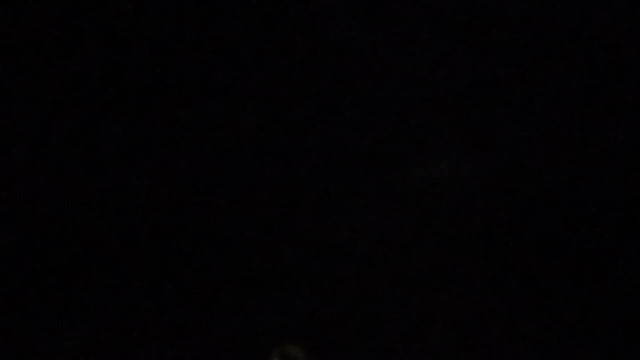 Chuck and I typically canoe well together, and all of his paddle training for MR340 definitely helped make this a good leg. I typically dislike paddling, but this one was actually pretty fun until the upriver section. Rain started falling around 4 a.m., making visibility tricky at times. In a sadistic, very Gerry-like trick, he sent us past the take-out for one final paddle CP, after which we had to turn around and paddle against the current. Between the upriver travel and sore hands from the constant moisture, this last part of the paddle wasn't so enjoyable.

This was my first time with a paddle in my hands since MR340 ended three weeks earlier.  I found it really easy to slip back into that paddle technique I had worked on all summer, and ended up really liking this paddle leg.

As thrilled as I was to finally reach the paddle take-out, getting the heavy boat out of the water and up to the transition area was pretty difficult.  During the canoe leg I'd only eaten part of an Ensure and some pieces of dried mango, so I tried to remedy the calorie deficit at the TA with a PB and honey sandwich.

We had smooth navigation on the trip to Palisades, but I felt absolutely awful on the bike.  I'm not sure how much of it was due to not eating/drinking enough on the paddle and how much was being wasted from the effort of dragging our heavy canoe around, but in addition everything about my bike felt wrong. I've been riding the same bike for almost a year, but during this bike leg the fit felt really off and I was incredibly uncomfortable. It was so disappointing to feel terrible on the one discipline I thought was a strength. What made me think adventure racing is fun? I wondered to myself. And how am I going to do this for another 18 hours?

Coasting down into the Palisades TA and seeing Matt and Dawn's smiling faces was a huge relief. We changed into dry socks and our trail shoes, got the map for the first loop, and took off. Since we wouldn't get details on the next bike route until finishing the Palisades trek, we opted for fewer CPs in Palisades on the bet that we could get more points for our time in later sections of the course and ensure hitting all the mandatory CPs.

Strategy and planning has become one of Kate's well-honed skills. Making good decisions on which sections to spend more time in, and which ones to bail on early has kept us out of trouble and ahead of looming cutoff times.

I think what Chuck means is that I'm forever scheming about how to make things easier and avoid the parts I don't like as much. Case in point: I was already scheming to skip the No Sleep paddle while were were still planning out our route.

After the morning rain Palisades was mosquito hell. It was probably the buggiest leg of any AR I've ever done with the possible exception of the Wisconsin northwoods after a rain -- but then at least then we were on bikes.  Repeated applications of bug repellent did very little to dissuade the horrid little monsters, and we spent the entire trek swatting all over ourselves to chase them away.

We ended up getting 1 mandatory/4 optional points on each loop. The mandatory points were the ones involving ropes. We rappelled down the same rock face I'd had so much trouble ascending in 2012, which was pretty intimidating to me because the rock was wet from the morning rain and I was worried about my feet slipping. Luckily Dave and Leisha were at the top and Bob and Laurie were below on belay, so at least I was surrounded by friends. The ascent was surprisingly small and actually felt pretty easy.  I'm sure it was clear from the time we took to stand around and chat at both ropes sections that we were completely out of race mode.

Chuck's nav during this section was dead on. We took less direct routes over roads and trails where possible instead of bushwhacking, but in a continuation of my bike woes, this leg also felt much harder than it should have been and largely un-fun. It's totally unlike me to feel that way in an AR, especially one of my favorites, and I typically love orienteering in Palisades. I wasn't the only one not feeling the race. At one point, probably trudging uphill since that's all I remember from that leg, Chuck grumbled, "This isn't even fun. I've never said that before!" Granted, spending 12+ hours with a sulky, silent teammate isn't very enjoyable.

I once again felt really slow and uncomfortable on the bike. It's hard to believe this leg was only 11 miles because it felt like 30. For the first time ever I was seriously thinking about quitting an adventure race and pondering how I could manage to do it without Chuck knowing I was quitting. Fake a mechanical? No...Chuck could fix that. Get injured? Uh, no. Oooh...I could pretend I'm cramping up. Hmmm...that might work.

Even fake cramps wouldn't have worked.  Those ^%$##*  %$$###  bloodthirsty mosquitoes would have descended on us in swarms as soon as we stopped moving.  There has never been a TR race with that many before.  I wonder if Gerry had them imported from some hellish spot in the tropics, or maybe started some super-mosquito breeding program?

All of the sudden adventure racing was fun again. No idea what changed. Chuck nailed the first two CPs and then handed off the map to me for the next reentrant CP. This didn't go well, so I passed the map back to him and we reattacked. I felt a lot better when he also couldn't get it in a couple tries. We decided to skip it and were on our way to another CP when a team we'd helped with the mandatory CP gave us some pointers on where to find the correct reentrant. We decided to go back and, full of confidence after finally getting it, decided to also go after the spur CP. We overshot it by a long way, but luckily Chuck spotted it on our way back out.  Last of all we found the tricky saddle checkpoint and headed back to our bikes in triumph. "This is the first time I've felt like myself since the paddle," I told Chuck.


I was still uncomfortable on the bike, but otherwise I felt fantastic. We lost some time looking for the misplaced CP35 but eventually found it after checking back with Gerry to make sure no teams had reported it missing. Another team came by while we were looking but didn't want to wait for an answer. Since this was a mandatory point, there was no way I was leaving if the point was there. This ended up being a good move. We stopped a few times for map checks but had no miscues until we blew right past the entrance for Camp Benson, not realizing our mistake until we started seeing street signs. Whoops...never done that one before.

Chuck was feeling pretty bonkish on the ride back and we were pretty sure the other teams in our division had enough points we weren't going to catch them, so we decided we'd get the one mandatory point and call it a day. We had to cross the river and trek up a rocky creekbed, which was actually pretty fun, and we were both a little sad we'd only plotted the one mandatory point. Not quite sad enough to go back and replot any others, though (and actually, the Camp Benson CPs had to be found in order, and the mandatory one might have been the last). We made a beeline for our finish line hugs from Gerry, and so we got to be there when our friends Dave and Amanda crossed soon after.
As it turned out, two of the four 2p coed teams missed that mandatory CP35, which put Dave and Amanda in first place and Chuck and I in second. Not bad considering I wanted to quit by 8 a.m. I guess I'm glad I stuck it out.  Big thanks to Gerry and all of his awesome volunteers for another (in retrospect) great race!
Labels: 24 hour adventure race adventure racing Camp Benson race report Team Virtus Thunder Rolls adventure race