What's SUP with me

In my last post I mentioned having to leave pretty quickly after the race because we had plans. My friend Patrick, who's been a gateway to cool new things as long as I've known him, had sent a link about a stand up paddleboarding meetup in St. Louis. Intended to get new people to try the sport, rental and basic instruction were $15/person. Even though I was pushing it with that morning's race, I RSVP'd for the meetup and even dragged Jeff and J with me, one of whom was considerably more excited about it than the other. I assured my reluctant husband that since he loves kayaking he'd have fun with this. 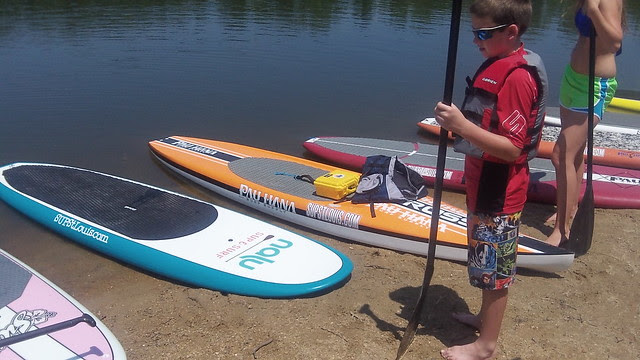 When we got there, I was a little less sure of myself. Standing there looking at the boards I remembered my lack of balance and felt pretty certain I would be falling into the lake more than once. Shane's comment that this is an easier sport for shorter people made me even less confident, but there was no backing out. An experienced SUP'er and veteran of some major races (including the MR340, a 340-mile race down the Missouri River, twice), Shane matched us with good boards for our sizes and gave us basic instructions on starting out. 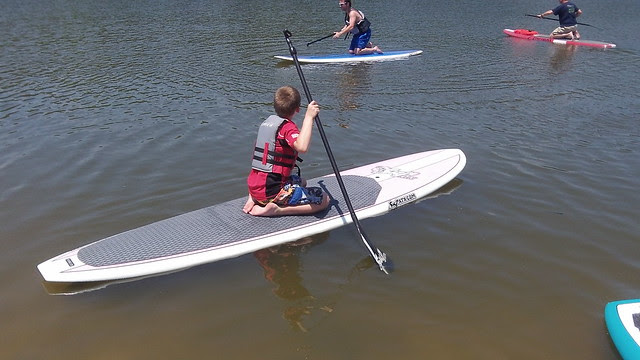 He had us start out on our knees to kind of get a feel for balancing on the board. Mine don't bend anywhere near as well as J's! 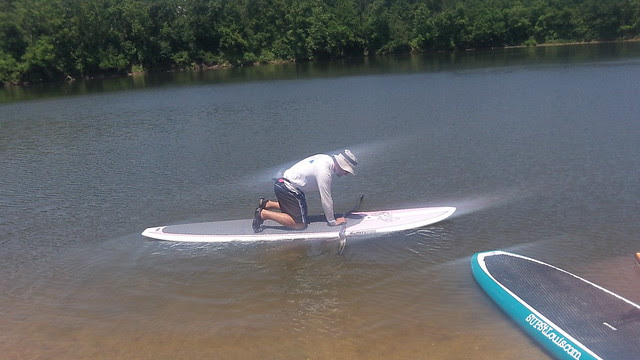 When you're ready to stand, get on your hands and knees. 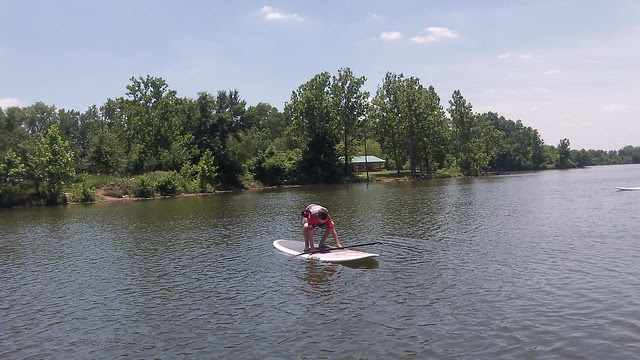 Get your feet where you want them to be and then kind of stand up like you're doing squats. 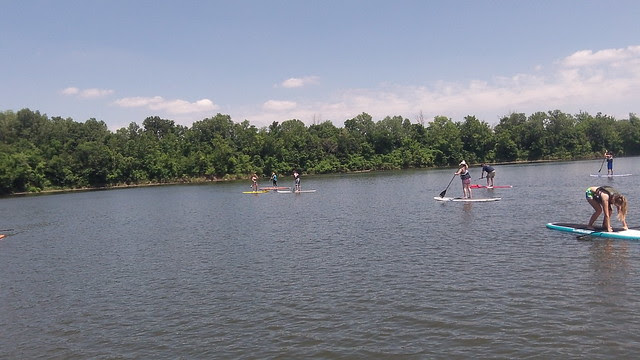 Everybody's up. One woman in the group had a knee replacement several months ago, but she took it slow and was able to get up too. 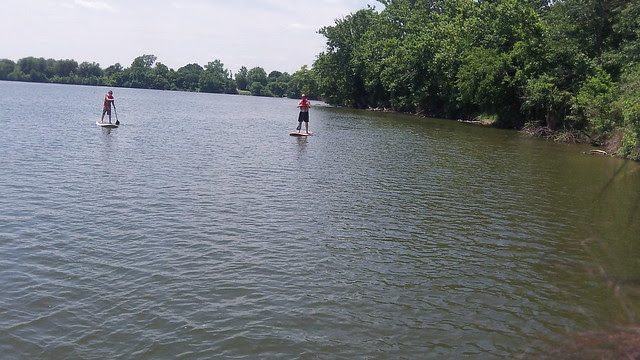 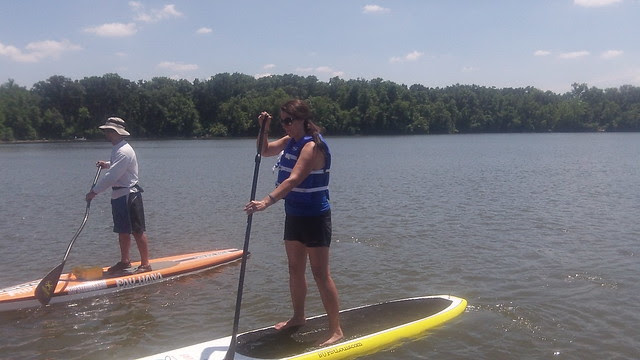 Don't I look relaxed here? Lol. I wore my life jacket for the first hour or so. I'm a pretty good swimmer, but there's something about the possibility of unexpectedly going into the water... I took it off after I got more comfortable with balancing on the board.  Paddling around on a calm lake was pretty easy, though turning is a work in progress. I'd love to try it out on some of the floating rivers around here, and I'm definitely going to take part in more of the meetups.

It's kind of funny, I went purely for the opportunity to try SUP at a good price, but I really enjoyed meeting and talking to some of the other participants. If I had more disposable income I'd be all about getting a board of my own; for now, I'm glad to have the opportunity to rent and participate in activities that are all planned out for me.

In other news, I've pretty much committed to a fall half marathon. I say "pretty much" because I'm going to do more running and make sure my hip doesn't give me too much trouble before actually paying. This winter, anything over 9 miles resulted in a lot of pain and limping through the ends of runs. I'm hoping that gradually ramping up my mileage (aka actually training) will help avoid that.

If everything goes all right with my hip, the October MO Cowbell will be only my second road half marathon (though I've done several trail HMs). The first, in October 2010, was such a success that I've been hesitant to run another because I'm not so sure I can do as well. Finishing just under 2 hours and meeting my A goal was awesome. I definitely don't have that kind of a finish in me right now. I guess where the training comes in, huh? 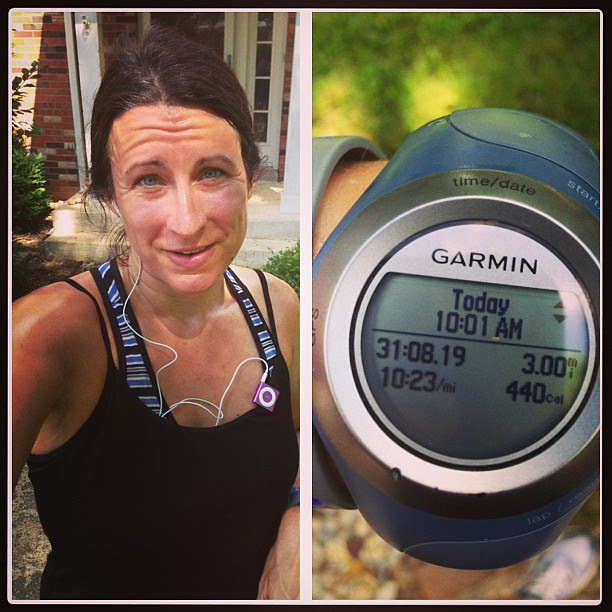 So I'm running more or less regularly again. With the time off and the heat, it's not too pretty, but at least I'm getting in shape for next month's Thunder Rolls 24 hr adventure race. Though I'm not involved in any crazy bets, my teammates once again have some major stakes, and I don't want to get left in the dust by them. 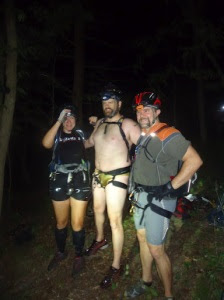 After all, if it's anything like last year, I'm not going to want miss a minute.
Labels: half marathon meetup.com running Shane Perrin standup paddleboarding SUP Thunder Rolls adventure race training