"You keep going on about adventure...Adventure is no more than discomfort and annoyance recollected in the safety of reminiscence."

Day two of our bikepack was the truest possible reflection of this quote. The rain continued after we left the singletrack, both water and wind hitting us more steadily absent the protection of the woods. Our long-anticipated coffee break in Makanda was not the respite we'd envisioned. There were more uncomfortably close passes and unfriendly stares from drivers than in all of my previous Southern Illinois rides combined. And my low-grade fear about the coming night was the background static to this shit-show.

Having survived three hours of Shawnee hike-a-bike, Chuck and I were relieved to reach pavement and ready for a break somewhere warm and dry, a feeling exacerbated by the road. The rain had left us both soaked to the bone, and we'd traded sheltered trail for ease of travel. We were more exposed to the wind, and while I was sick of pushing my bike up unrideable hills the effort had at least kept me warm.

I no longer trusted my vague mileage estimates but thought we'd reach Makanda (and, more importantly, its coffee shop) pretty soon. Indeed, in just over a mile we arrived at an intersection I recognized. My Garmin told me to turn, but I remembered going straight back in July. "Maybe we should pull up the map and check," Chuck suggested. (I clearly wasn't the only whose confidence in my navigation had waned.)

This time, for once, I was right. Turning would lead us back to another stretch of trail. Going straight would take us directly to town. It was a no brainer: we were both done with the River to River trail. In fact, eliminating all singletrack between Giant City and Ferne Clyffe was going to be our second order of business, right after drinking all the hot coffee.

We rolled into Makanda and pulled up at the little boardwalk area on the corner, taking time to wipe off all our mud, change into wet but clean shoes, and hang our dripping jackets on the bikes before going inside. We ordered our drinks and were treated with such unveiled hostility by the man behind the counter that we retreated to the rainy boardwalk, shivering and wondering his problem was.

Chuck: The guy was a first class asshole. He sneered, snatched the card I offered for payment, then began muttering to himself and shaking his head while completing the transaction. No tip was included as I scrawled a name on the receipt. After that, no way was I making a follow-up order of sandwiches or pastries.

Eventually some people left and we slunk back into the coffee shop. There we shared the lone table with a super nice older man, basically the opposite of the hateful barista. He couldn't believe we were riding the R2R. "We get a lot of hikers, but I don't think I've every heard of anyone bike riding it."
After our morning, we could give him quite a few reasons for that.

A woman asked about our ride as we were changing back into bike shoes and pulling on our jackets. She, like the man at the coffee shop table, was kind and friendly, but the attitude of the man behind the counter cast a long shadow. I guess it's a mark of a charmed life that hateful people are so rare. I wish I could have just blown it off; instead his rudeness just piled on with the cold, rain, and extended hike-a-bike to reinforce my growing sense of persecution.

I'd plotted a circuitous way into Giant City State Park to avoid the punishing climb up Baptist Hill Road but had remained open to the shorter option in case my memory turned out to be overly dramatic.  If anything, the hill looked bigger than I'd remembered, and the gentler reroute treated us to a lovely tour of the state park scenery.

We stopped at the visitor's center to refill water, use the bathroom, and adjust our route to avoid any further singletrack. Happily, we realized the trip between Giant City and Ferne Clyffe was all roads because the R2R passed through the state park trails (not bike legal), Crab Orchard National Wildlife Refuge (not sure if bike legal), and Panther Den Wilderness Area (not bike legal). That was the first thing that had gone our way all day. Slow pedaling back to the parking lot, I commented, "Just about 20 more miles. At the pace we're going, that should only take us another...seven hours."

A passing couple overheard this and laughed, "That's the spirit!"

Of course, riding roads was far faster than dragging bikes through creeks. Our route took us past orchards, the road to Panther Den, and assorted wineries. Though it all, the temperature remained in the 50's and rain continued to fall. Occasionally a hill would warm me up enough to stop being miserable, but those were always followed by descents and renewed chill. My waterproof jacket cut the wind, but so much water had run into it that all of my layers were soaked.

Despite having packed more sparingly, I had enough clothes to be more comfortable and desperately wanted to wear more of them. It resembled day two of our spring bikepack, with one major difference. Then I (foolishly) didn't add layers in the assumption that the day would warm up; this time with no sleeping pad or bag and dropping evening temps, my knee warmers and extra shirt were my only protection from the nighttime cold. I was hopeful that I'd be able to buy a blanket and maybe some extra clothes in Goreville, but I wasn't willing to bet my only dry clothes.

I have relatively local family who probably would have brought me clothes and blankets if I'd called and asked, but I really wanted this trip to be unsupported.  And Goreville almost certainly had a Dollar General where I could pick up some extra supplies. I had my tent, a tarp "blanket", and some dry clothes. Without additional gear I was probably in for an uncomfortable night, but if necessary I could have taken shelter in the heated campground bathhouse.

So logically I knew I wasn't in a desperate situation, but logic did nothing to dispel the cloud of hyperbolic paranoia that surrounded me as I contemplated the impending hypothermia. It was the cherry on top of the hike-a-bike, the cold and rain, the coffee shop jerk...oh, and unfriendly traffic. We'd encountered no cheerful waves, just uncomfortably close passes and angry stares from drivers probably wondering why two idiots were out riding wet roads in the rain. 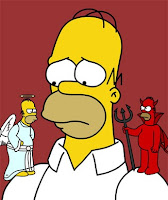 I didn't have a lot to say to Chuck because I was preoccupied by the
argument going on in my head:

"Just turn around and ride back to the car or call Jeff. This is stupid."

"You want to do Tour Divide and you're talking about quitting after a day and a half?"

"This isn't a race route, this is just my own stupid idea. It's not the same."

"If you stick it out you'll be glad you did."

"iF yOu StIcK iT oUt YoU'lL bE gLaD yOu DiD...ugh you're annoying!"

Chuck: We have raced and adventured through enough sub-optimal situations for me to recognize that when Kate is quiet for any extended periods of time, she is either physically suffering or focused on some internal dialogue. The weather was truly bad, but I estimated that the quiet wasn't from physical suffering. It was the latter, which I knew would work itself out. (There are times I have thought it might be entertaining to have a little speaker play out these silent conversations. But then, nah.)

Eventually we arrived in Goreville and made a beeline for a pizza place, where we received a friendly welcome. I sat shivering in my wet clothes as I texted Jeff, filling him in on the weather and my hopes of buying sweats and a blanket at the hypothetical Goreville Dollar General, and he offered to bring me some if my shopping trip didn't pan out. I definitely didn't want him to have to make a 3-hour round trip just because I was an idiot and left my gear behind, but his willingness to do so made me feel a little better. Just a little. As Chuck and I talked about the day while waiting on our food, I was quietly Googling "Goreville hotels" and, once again, getting disappointed.

Of course, now that I'm home and looking back on the trip from the "safety of reminiscence", I can recognize that I was totally blowing the day's problems out of proportion. Hopefully the experience will help me maintain better perspective in future trips. Anyway, though I didn't know it at the time, our luck was finally about to turn.