1. Things have been crazy busy around here.  I spent two days of the week at Cub Scout camp with J and one in bed sick, so most of my blog reading and commenting has been on my phone, which only shows me the one or two most recent ones.  So if I haven't commented and usually do, that's probably why. 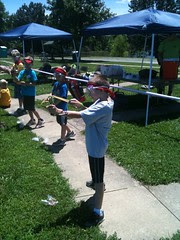 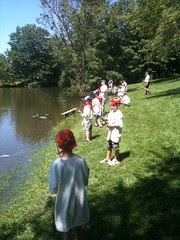 1b. At camp, I was around 19 little boys who were shooting BB guns, shooting bows & arrows, fishing, and using sling shots. I came home with both eyes intact and no injuries. I'd consider that a minor miracle. 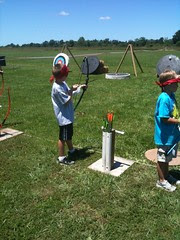 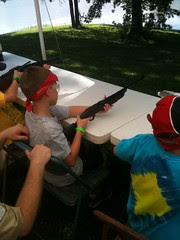 1c. The camp was held at a local gun club, where my dad was a lifetime member and I spent more than my share of time as a kid. Good memories.


2.  The crazy busy won't get better for a week or so.  This weekend we'll be in Hannibal, MO, doing a lot of this:

3.  Once my team is knocked out of the tournament, J and I are heading north to Minneapolis to watch N's team compete in USA Volleyball Nationals.

3b.  N's team is seeded 5th in the tournament.  Since teams from all over the country have to qualify for Nationals, this basically means that his team is ranked in the top 5 in the nation for that age group.  That's pretty cool.

3c. Out in California earlier this month, they tied for 3rd place against some serious competition.  This has been a heck of a year volleyball-wise, and we're really enjoying the ride.

4.  I'm running again.  I hadn't actually stopped...I just wasn't doing much of it (except virtually).  I ran three times this week.  On Sunday I logged my best time on a 3.5 mile loop I run every once in a while, I ran 6 on Tuesday, and I ran 4 today.

4b. On each of the latter two runs, I had one sub-9 min mile.  I know that's an embarrassing recovery pace for some of you, but it's pretty fast for me.  At some point, I'd like to string two of them together in a row instead of struggling to not die after one.

5.  I'm going to run the MO Cowbell Half Marathon  in October.  Yes, practically every runner I know is doing the inaugural RnR St. Louis Marathon/Half Marathon, but the cowbell half is less than half the cost of RnR.  And it has a cooler name.

6.  My marathon blisters are in a facebook contest for 2Toms.  I need at least 50 "likes" to be in the running to win a 6 months supply of blister prevention products.  I'd really appreciate it if you voted for me.  What you need to do is "like" 2Toms on Facebook and then "like" my picture.  That, unfortunately, means actually looking at the picture, but on the bright side, if I win you won't have to see any more blister pictures from me.  So, you help yourself by helping me.  Win-win.

6b. If you haven't tried their products and have problems with blisters, you definitely should.  I haven't had a blister from running since Amanda donated her winnings on Laima's contest to me...and I always got blisters when I ran.