Every year for the past...gosh, it's been a while...6 or 7 years, Jeff has hosted the family survivor games/Survivor Jr/Kid Olympics as a way of keeping the kids in the family more active.  You can read about previous years here (2010) and here (2008).  He puts in a ton of planning, researching games for half the year, and the kids all look forward to it.  Actually scheduling it is a logistical nightmare because you're working around the schedules of 4 families and about 10 kids.  This year we managed to fit it in on Labor Day.

In its earliest incarnation, we had ribbons for the top three finishers in each event.  When we moved to the Survivor theme, in the first year we had kids voted out, but that was kind of contrary to the whole "get the kids moving" theme and left bad feelings in the wake of the votes.  In the past few years, we've gone to a point system.  Teams are scrambled before each event, and then each member of the winning team gets a point.  The kid(s) with the most points at the end of the day wins bragging rights.  Of course, it's not nice to brag, so basically they just get to feel good on the inside. :)

Here's a look at some of the day's fun:

One of the most challenging parts of the day for Jeff is just keeping things moving and keeping the kids listening.  He'll start explaining and before he gets out a sentence there are 30 questions that would be answered if they'd just listen to the directions.  Teachers will sympathize.

﻿
﻿ Sword soccer, despite its many opportunities for dissention and unfair play (AKA smacking your opponents rather than the ball), was a success and a lot of fun to play and watch.  All good things must come to an end, though, and soon we were on to "Face the Cookie".

Event 2: Face the Cookie (from Minute to Win It)

Kind of slow to get through the game, but visually hilarious. 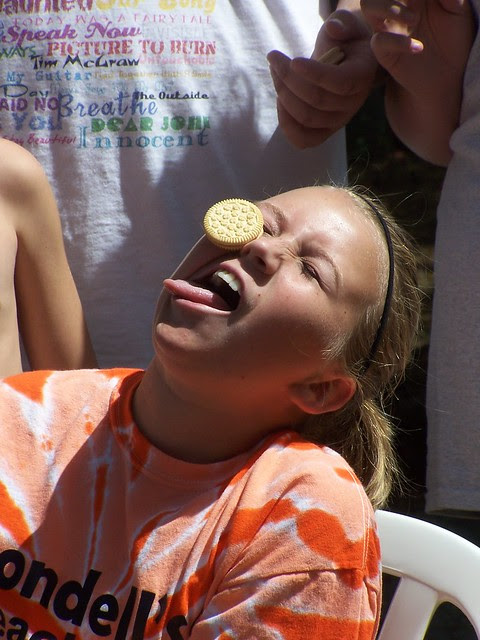 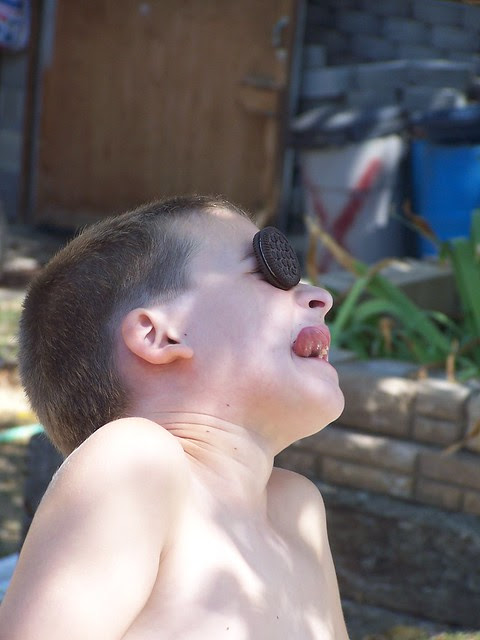 Next up was the Elephant Relay. You have to knock over a row of cups with a tennis ball in the pantyhose "trunk".  It's harder than you'd think, but good fun to watch your kids run around with pantyhose on their heads. 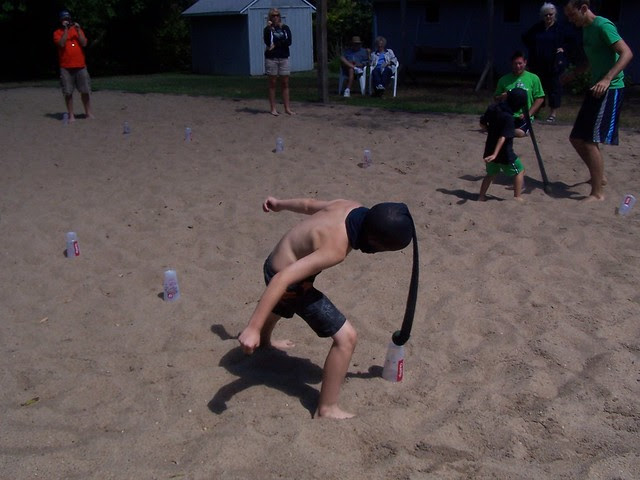 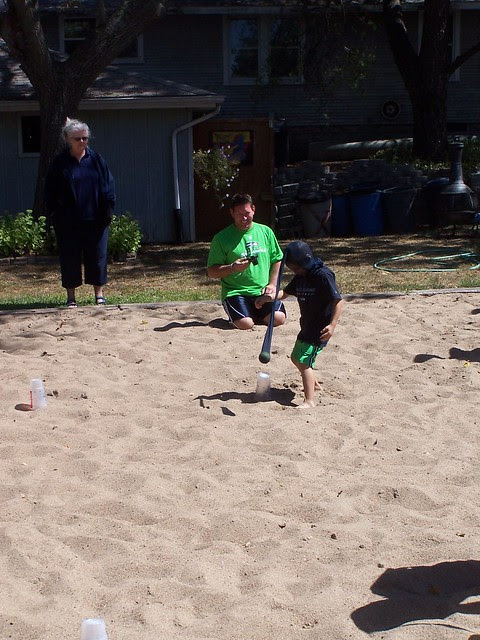 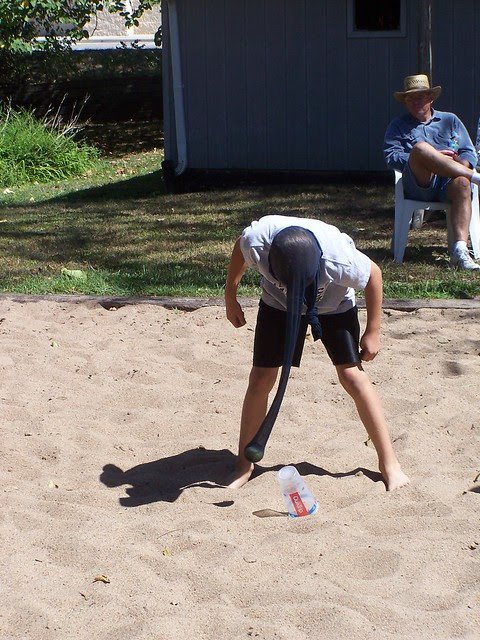 After that came the Electric Fence.  It started low.  Once the whole team was across the "fence", it was raised 6 inches and they had to cross again.


After both D. and N. cleared the fence by diving over it and landing hard, I made the strong suggestion that we call it a draw.  Both my boys are super competitive (not sure where they get that), and I was afraid someone was going to get hurt.  It's a measure of how hard they landed that both of them were ok with a tie.
The camera battery was running low, but I managed to get a few shots of the next game, where the kids had to try and knock a cone of their opponent's head with a water ball.

The camera battery cut out about here, so I put it on the charger and took another few pictures with my phone, but after lunch I fell asleep and failed to document the rest of the day.  I hear it was a pretty good time, though. :)
Labels: competition family fun survivor