Well, one more Halloween party is over. It was a lot of fun. Especially once the costumes were all finished. Lots of shopping and sewing go into our costumes, and this year, we had a little sculpting to do, too. Here's Nathan making one of his props. 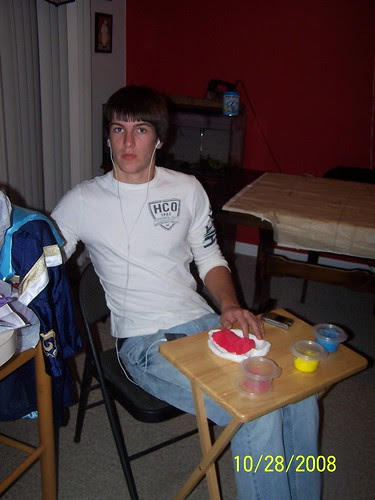 I was actually finished with the costumes by Friday night this year. (Usually, I'm sewing up until about 20 minutes before everyone is supposed to be there.) It gave me a chance to do some baking for the party. I made a couple of different kinds of cookies... 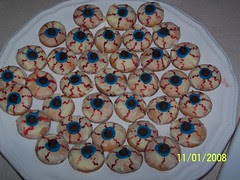 Keeping my eye on you! :D 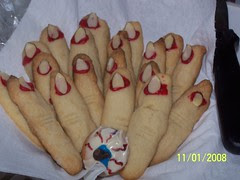 When you want someone to give you the finger!

Everybody (well, not Bill, but everybody else) gets into the costumes. A lot of times people try to stick with a family theme. Of course, it gets harder every year to do something that no one else has done. Check out this year's costumes... 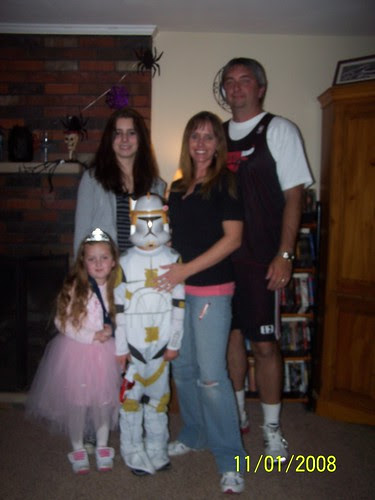 My ex-husband and his family. Obviously, no theme, but in their defense I invited them about 4 hours before the party! 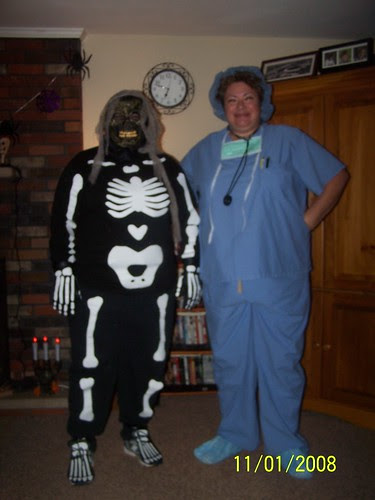 Bonnie and Chris. Bonnie made her costume. Very cool! 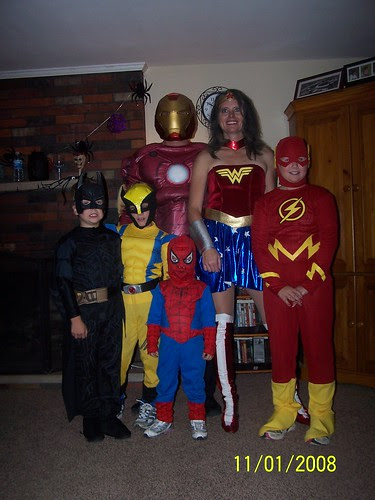 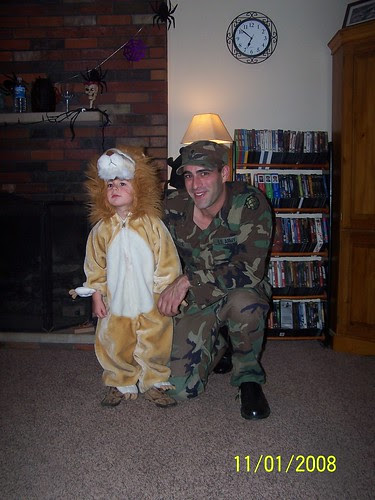 My brother Matt and his son Bradey 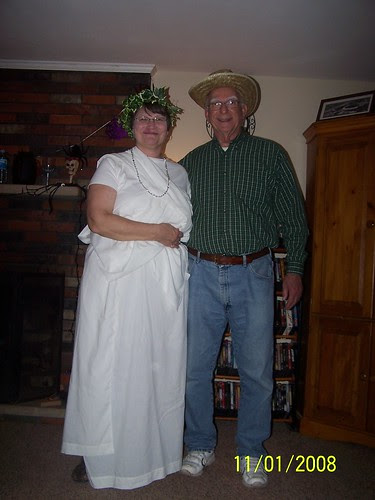 My mom and her boyfriend, Bob 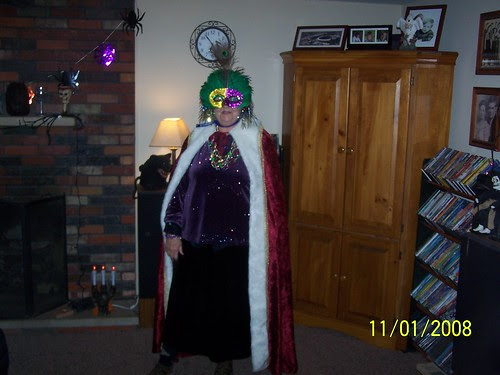 Carol (the queen of Mardi Gras) 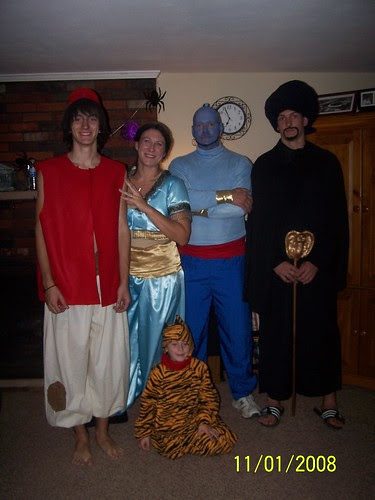 Our family. I made my costume and Daniel's. Jeff bought Jacob's, and we put together Nathan's and Jeff's from things we had in the house. You can't see it in this picture, but Jeff had a little pigtail of hair sticking out from the top of his head (attached by a suction cup. :D) 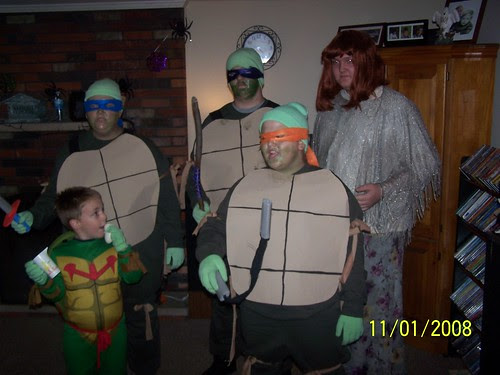 Jan and her kids Ryan, Megan, Josh, and Alex. Kudos to Ryan for having the guts to dress in drag as April O'Neill. There's taking one for the family. Haha 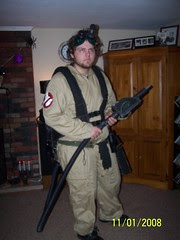 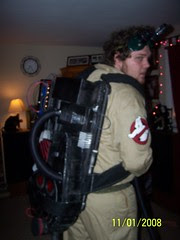 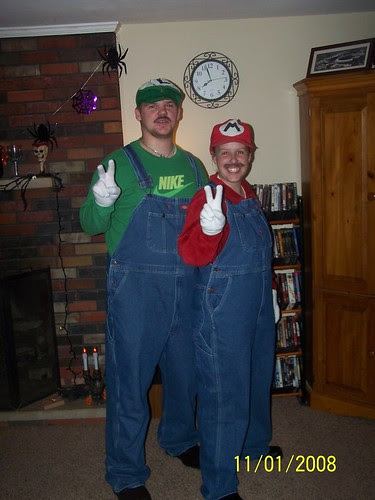 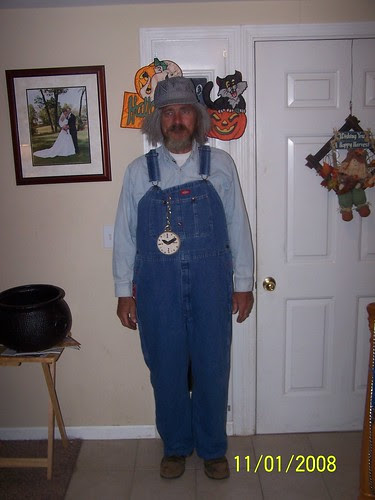 Jeff came up with some pretty cool decorations, too. He and Nathan spent a lot of time getting stuff set out in the yard today. 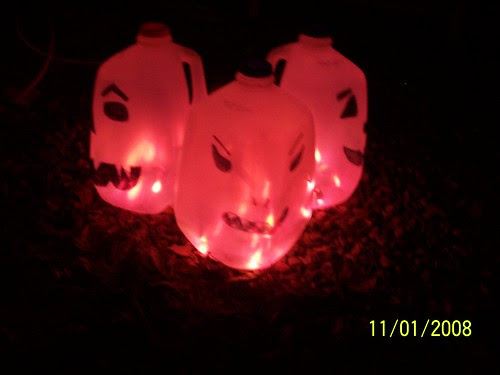 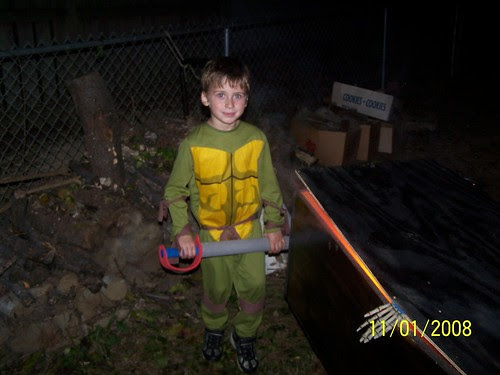 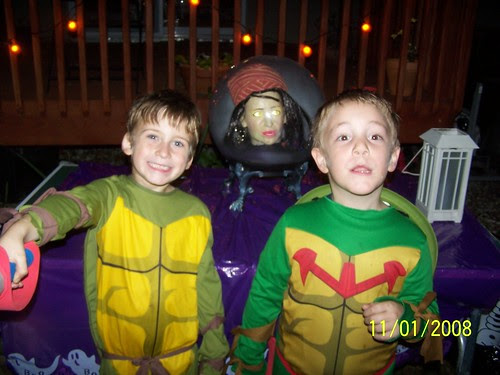 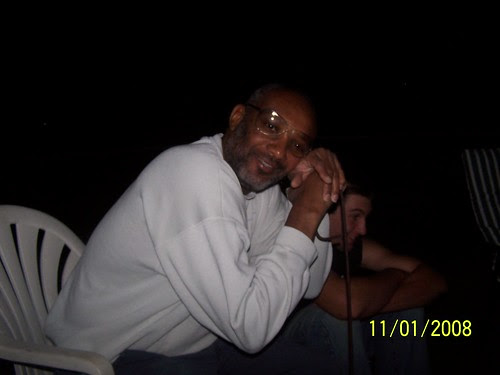 OK, he's not a prop, but I couldn't leave out our friend Gary. :D

As you can see, it was a good time. We cooked hot dogs, at lots of sweets, played Ghost in the Graveyard (so fun!! I laughed like a little kid.), sat around the bonfire, and just talked and hung out. The weather today was unbelievable. I had bought a long sleeved shirt to go under my costume, and I'm going to return it! It was a gorgeous day, and a great night for a party. Hope everybody else had a good Halloween, too.