Why I hate my brother...

We played in a local mud volleyball tournament last week.  Came in 2nd.  :(  Jacob has been in the mud several times, seeing as he's been attending mud volleyball since he was about 8 months old.  It was my nephew's first time in the mud, though.  I got to throw him in. 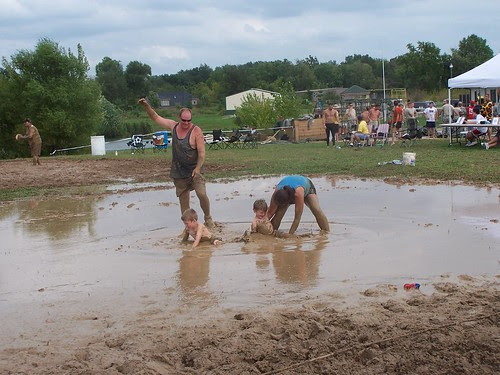 Jeff tossed in Jacob, and I dropped in Bradey. Bradey got a kick out of it, but Jacob was less than pleased. Turns out he didn't mind getting muddy, but he didn't want to be thrown in!! The boy has, to put it gently, control issues. Haha. 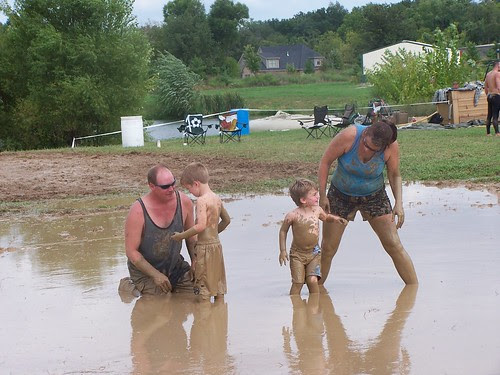 Here, Jeff is talking things over with Jacob and attempting (futiley, as it turned out) to convince him that it was really a fun thing to be thrown into the mud. Bradey and I were laughing about how muddy he was...and hopefully he wasn't peeing in the mud, as it appears he is. Suddenly, disaster struck, in the form of my charming brother... 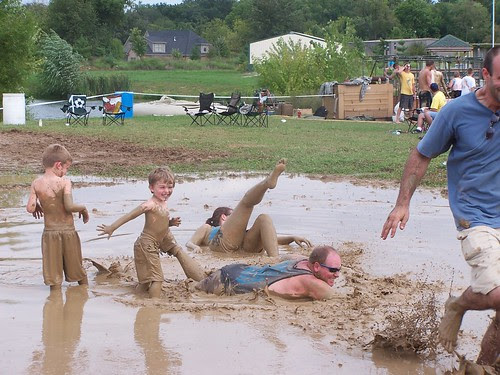 There's a lot going on in this picture. To the very right of the picture, you can see my brother Matt running off, and if you look closely, you can see that he's grinning like an idiot. Because he has just shoved me backward into the mud. My wonderful husband attempted to tackle him and just missed. Jacob and my nephew Bradey, however, thought it was just hilarious. Traitors. 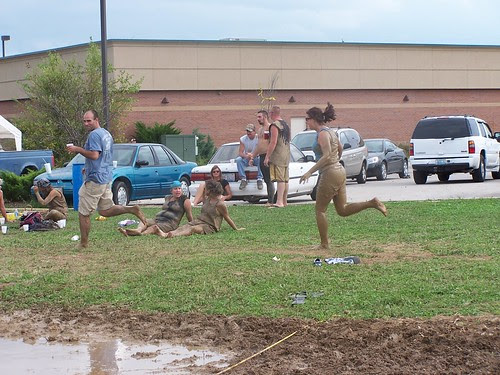 I did try to get him back. I did. Matt was hampered in his escape by the full beer in his hand (not to mention the numerous ones already consumed). Me, I was hampered by the fact that I am ssslllooooooowwww. :(

Now, at this point my head had remained above the mud. Not for long, though, because he later came back and completely tackled me so that my entire head went under. He's toast.