We went to see the Live OFF the Levee concert Saturday night in St. Louis. Poor Jeff couldn't come up with anything better to do...and believe it or not (he's still shocked and relieved), the dreaded country music didn't make his eardrums bleed. Haha.
They have a pretty nice set-up with inflatables for kids as well as some kids' activities and lots of food and drink booths (maybe it's just because the weather looked a little doubtful, but lines seemed very short). There was lots of free parking nearby, too (a definite perk :D).
Borderline, the opening act, put on a great show. The lead singer is Jeff's mom's cousin's son (got that? haha). They mostly covered other songs and sounded terrific. It was really cool to see someone we're related to up on a stage and opening for a major band. Kind of funny...when I was up near the front trying to get some pictures, I ran into a friend from college, and coincidentally, two of the other band members were her husband's cousins. Here are some pictures of the band performing. Jeff's cousin (or whatever) is in the blue shirt... 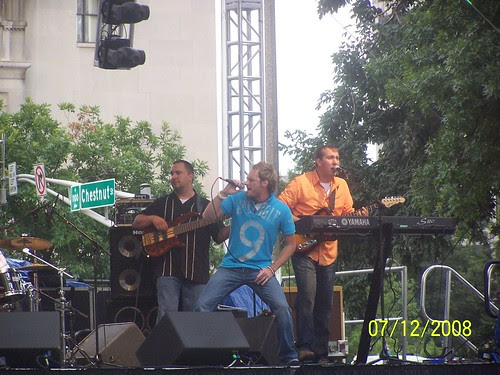 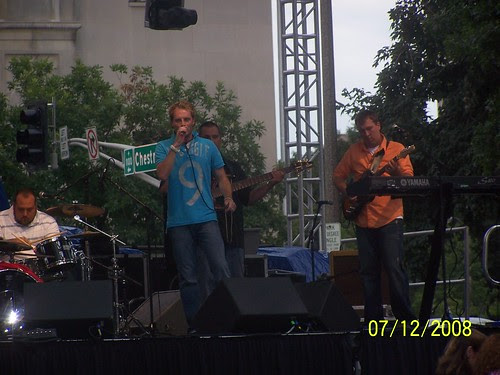 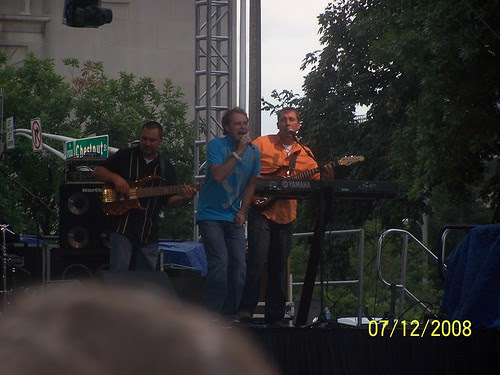 In addition to my friend, we ran into a couple of Jeff's cousins and their kids... 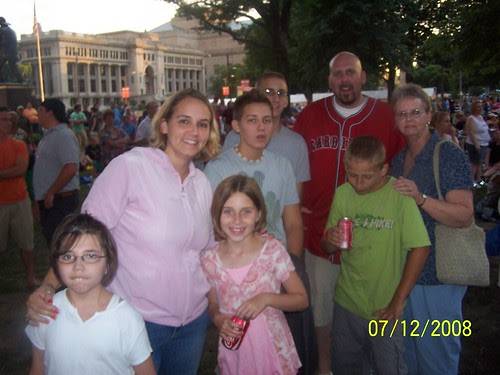 It was nice to get a chance to catch up with Sandy, Scott, Weezie, and the kids.
Me and my long-suffering husband...haha 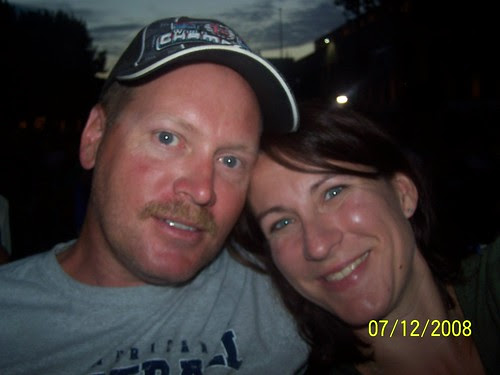 The weather really made us question whether or not to go. It looked so rainy and then did rain, but we decided to go anyway (obviously). It's not like either of us would melt! After Borderline's set, we were sitting and talking, waiting for Lonestar. The sun came out from behind a cloud, and I told Jeff, "This is the perfect night!" Cue raindrops. Immediately. Haha. Only for a couple of minutes, though, and it was a very light rain. Afterwards we could see a really faint rainbow. It goes from about the middle of that tree on the left across the middle and above the building. 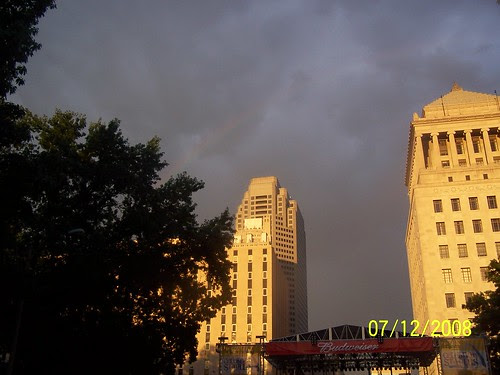 Lonestar also put on a terrific show. Here are a couple of pictures of them, if anyone cares. 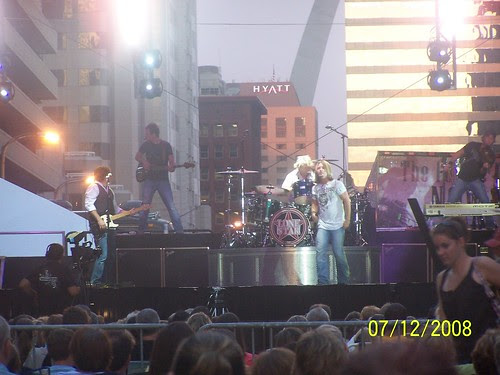 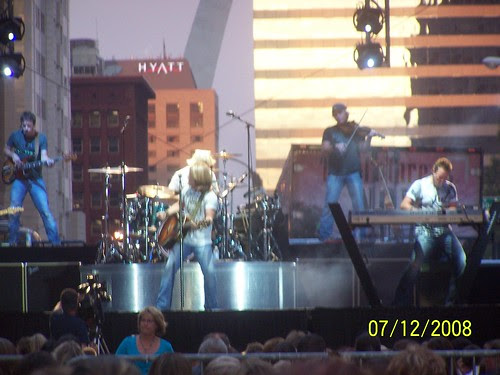 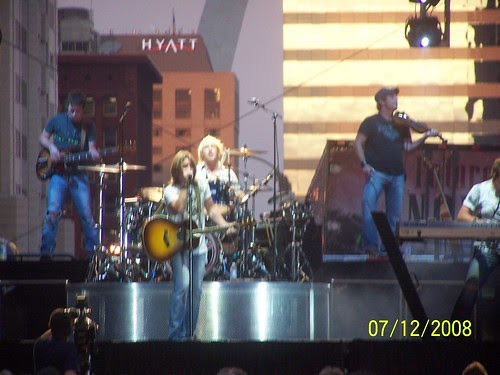 The fireworks at the end were spectacular! They're shot off from right by the Soldier's Memorial grounds, so you have a great view of them. All in all, it makes for a great, cheap night out (even when you figure in the $6 drinks!). I don't know about Sandy and family, but we're going to make a repeat visit.
Labels: concert music St. Louis