What do all the following photos have in common? One blue blanket somewhere in each of them. J got it as a baby shower gift before he was even born, and it has been a constant presence. Whether the temperature was below freezing or in the high 90's, he has drug that blanket with him everywhere. It has crossed the country with us.

Now, after nearly 7 years of constant love, the blanket is showing its age. It has a few holes, it is worn in spots. Even so, while my little boy's tastes have changed from Bob the Builder to Transformers, he has remained steadfast in his commitment to the blanket. I'll admit, it has made me worry a bit that he'll be trying to smuggle it into his backpack on the way to high school, but it has been such a comfort to him. At one time, he would wake up if his blanket wasn't in bed with him. He could, in the dark, locate the "right" side of it. He has never slept a night without it.

Until last night. He left it in our bathroom after his bath. Neither of us noticed as we read and snuggled together. It wasn't until I had him up in the middle of the night to go to the bathroom that I realized the blanket wasn't in his bed. And as soon as I did, I wanted to put it in there with him. But I didn't, and it seems like I kissed my baby goodnight last night and a big kid woke up in his place. 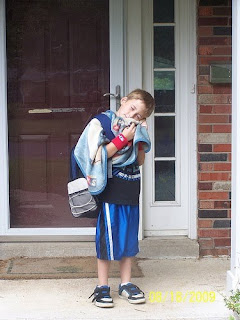 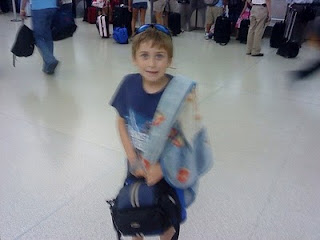 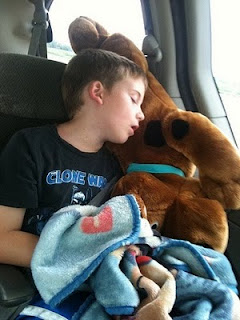 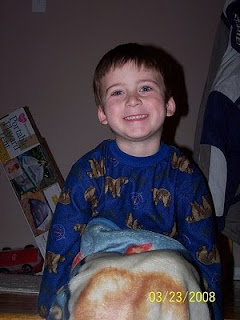