Day 5: Sedalia to Clinton and then back home

Friday was the last day of the ride. I started feeling a little sad about it Thursday night. I was definitely not ready for it to end. Because the weather was cooler (high of only 92) and the ride was only 38 miles, we slept in til 5 a.m.

Breakfast was pancakes and sausage again, and then we took off. To get back to the trail, we had to ride back through part of Sedalia. The drivers were unfailingly courteous. At every intersection--both streets and where the trail crossed streets--drivers waved us on despite having the right of way. 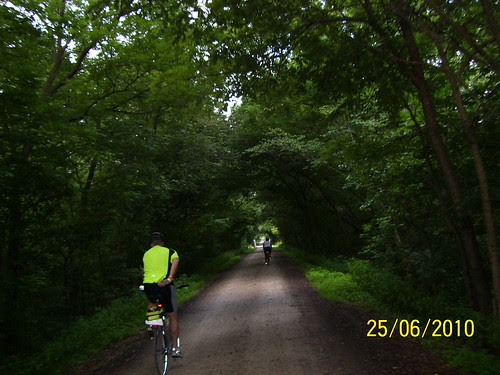 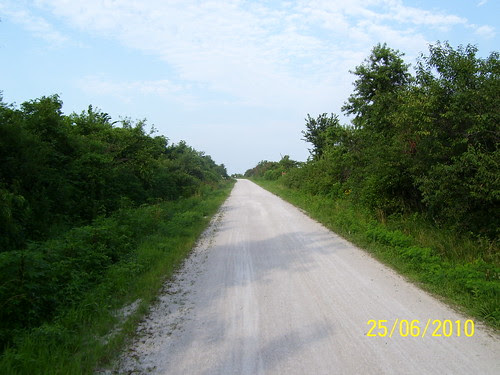 This section of trail had more open areas, and I was feeling more of a headwind. Add those factors to fatigue from Thursday's hills, and I was dragging a bit. Oh, and the hills weren't over yet. We had a few more long grades. This was also the day that we reached the highest point of the trail. 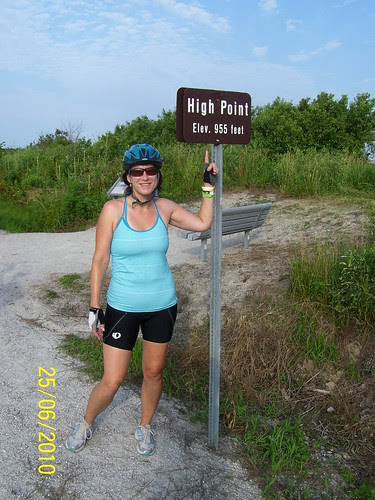 GPS disagrees with that number, BTW 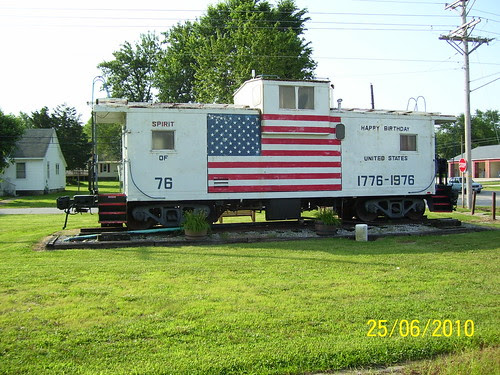 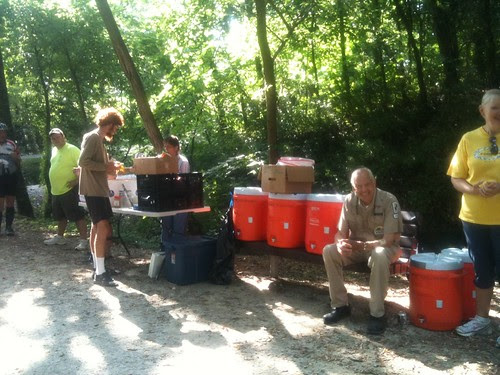 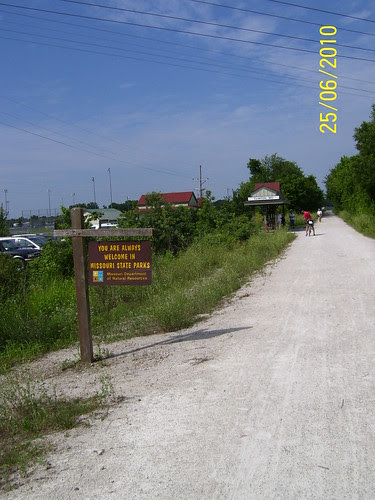 End of the line; Clinton, MO

Once we got to Clinton, we checked in and I immediately had to turn in my bike so it could be loaded onto the baggage truck. I found my bags and stuck them in the shade. After cooling off a bit, Sam and I headed into the convention center to shower and have lunch.

The lunch wasn't great, but the company was. I sat with Sam, Ralph, and the frat boys. Those guys are hilarious. My face hurt from laughing so much. Like many people on the ride, they come back every year, making the ride something of an annual reunion.

Sam didn't have to wait for the shuttle, but he hung around for a while and visited, then he ran me to town to get a sods and some magazines for the bus ride home. I've been spoiled having company this week. Usually I ride alone, and it's been nice to have a partner with whom to talk, keep pace, and share wind-blocking duties.

We were supposed to load the buses at 1:30, and when I went out at 1:30 (I'd been inside charging up my phone as much as possible), everyone was lined up to get on the buses. Both buses going straight to St. Charles were full, so I had to ride the one stopping in Columbia first. I was a little bummed, but it ended up being a pretty good deal. 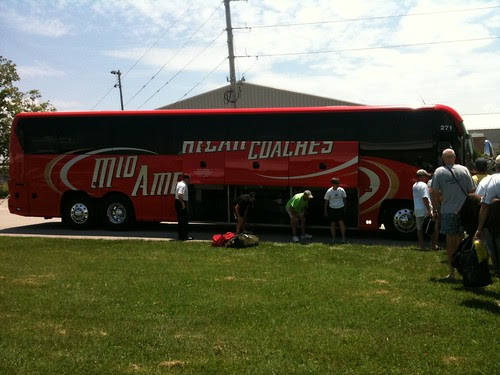 As I said, the St. Charles buses were packed full. No open seats. Our bus, on the other hand, had quite a few open seats, and once we dropped off the Columbia people there were only about 10 of us left. It was nice to stretch out.

My husband and Junior were waiting when our bus pulled in with the baggage trucks right behind it. Since there were so few of us, it was easy to find our bags in the bus's cargo hold. Then we waited for the bikes to be unloaded. The other bus people had arrived about 30 minutes before us, so they had a much longer wait in the heat. 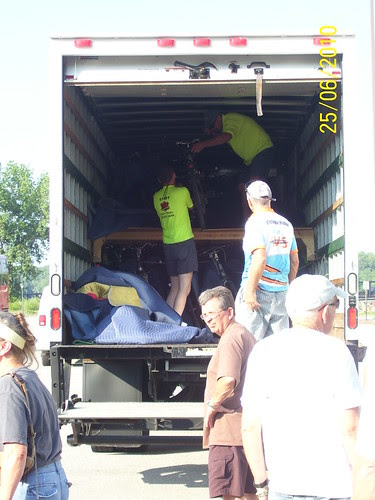 Because I had come in fairly early, my bike was in the very last row to be unloaded, but even so we were on the road by 6:25. I'm already looking forward to next year's ride.