Because you care--or maybe just because I took the pictures and might as well use them--a roundup on the non-running parts of my past week. 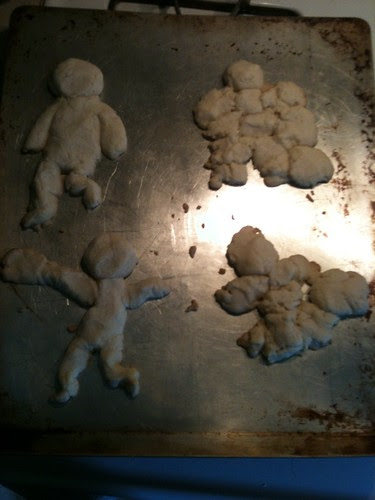 Looking for something new/different to do on Thursday, Jr. and I made sugar cookies of our family. Hopefully you can tell which are mine and which were made by the six year old! Top row (l-r): me, running; Jr., kicking a soccer ball. Bottom row (l-r): my husband, playing racquetball; Jocko, doing something with a volleyball. The next tray also included Hamlet singing and our dog. And our initials. Even the dog's initials.

Jocko and I went to St. Louis for his volleyball practice a little early so we could hit the store and look for some birthday presents. This shirt cracks me up: 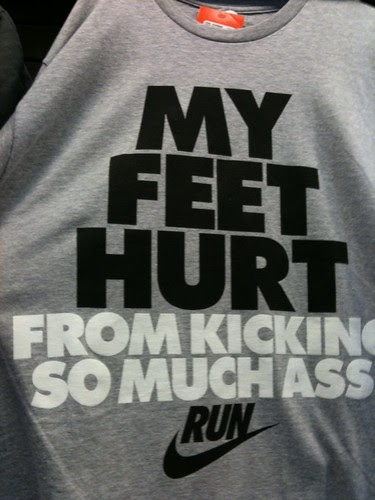 Junior and I took a little field trip on Friday to a local nature center. It used to be the city's sewage treatment lagoon, but when they built a new wastewater treatment plant somewhere else it sat for a while. Now it's kind of a wetlands habitat. Lots of school field trips and scout trips take place there. It has a nice trail that circles the wetlands. My ex-husband's wife (hereafter known as my wife-in-law or WIL) and two kids (with her...not to be confused with Hamlet and Jocko, his two kids with me) came with us. Yeah, maybe it's weird that we hang out, but it works for us. What's worse for a man than when his ex-wives get together and gang up on him? When his ex- and current wives do! 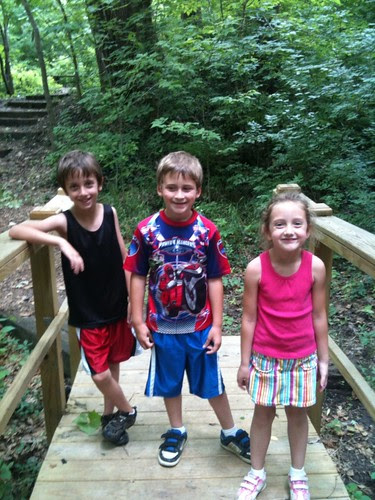 Kids on a bridge on the trail. Incidentally, the loop looks like it would be a great path for running. I'll have to hit that route one of these days sans children. 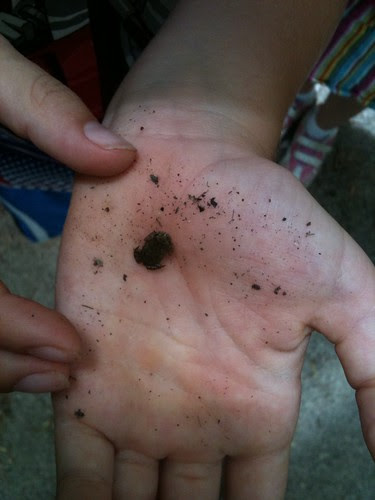 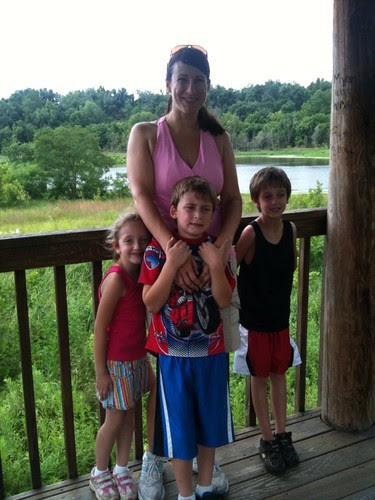 With the kids at the overlook. Actually like this picture of myself. Note Jr strategically covering my fat. lol. Note: his kids love me. I get a small, possibly sadistic thrill from making his kids think I'm the most fun person ever.

Saturday you already heard about...well, the cool part. I'm still stoked about the 10K. My legs hurt for the past two days, but it was the good hurt. The used my body hurt, not the damnit, how long will it be til I can bend my knee again hurt. My husband took Jr. to a workshop at Lowe's... 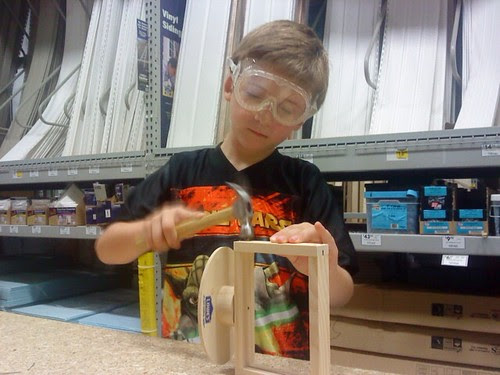 Really. Could he be any cuter?

Lunch out, finally using a gift card attendance prize we won back in January, and then I took Jr. to a birthday party.

He's on a 16 and under team, and they played up in an 18's tournament. Lost their first match out of pool play and were knocked out, but they played tough. They tend to play to the level of their competition, so I'd rather see them lose to a good team than squeak by a pitiful one.

We convinced Jr. to take a nap after I got home (mostly so I could have one) and took him to the drive-in that evening. Iron Man 2 and Percy Jackson. The first time we've stayed for both shows in a looooong time. Action packed fun, both of them.

Of course, a few pictures... 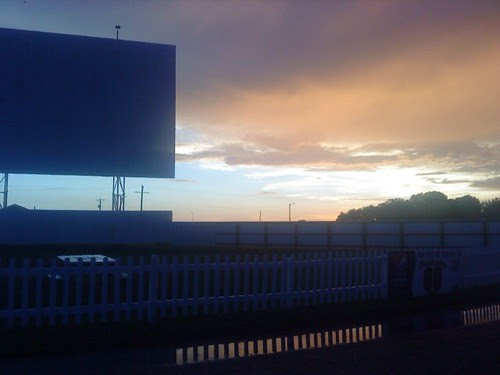 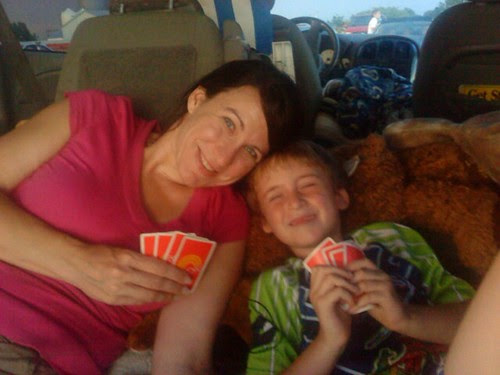 Playing cards in the back of the van before the show. 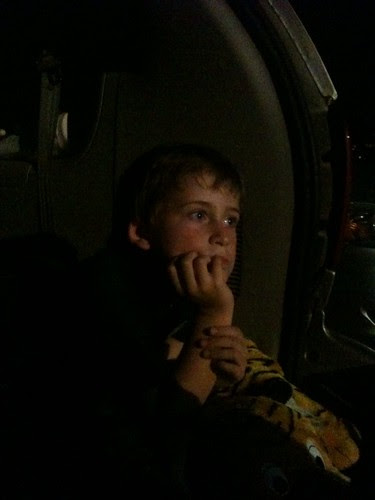 Hope you all had a good weekend!
Labels: field trip summer