One of the nice things about a rails-to-trails trail like the Katy is that, since it is built on a railroad right of way, it doesn't have steep hills to climb. That doesn't mean that it doesn't have hills, however, just that the hills are slow, steady, seemingly endless inclines.

We climbed sooo many hills today. The first 25 or so miles lulled me into a false sense of security. After last night's storm, the temperature was perfect for riding. The day was gorgeous, the trail was flat, my sore parts had given up complaining, and we were smoking our way down the trail. I told my riding buddy, "I feel like I could ride all day!" 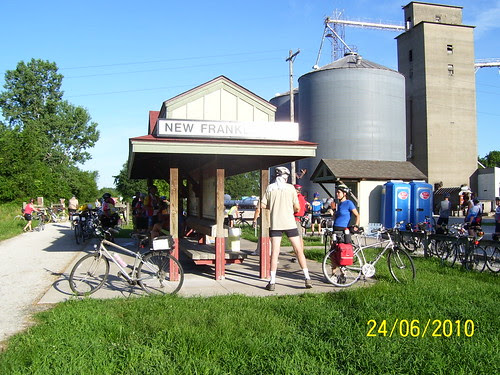 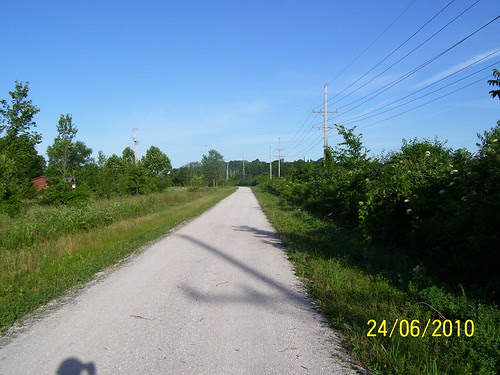 Flat as a pancake 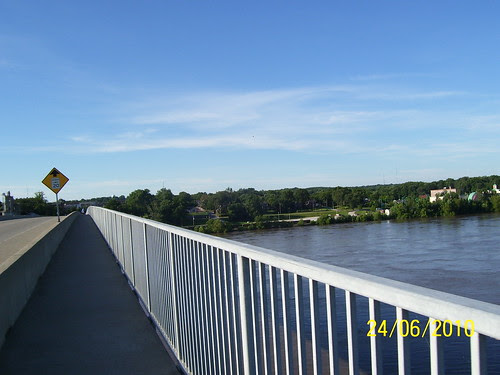 Crossing the Missouri River into Booneville 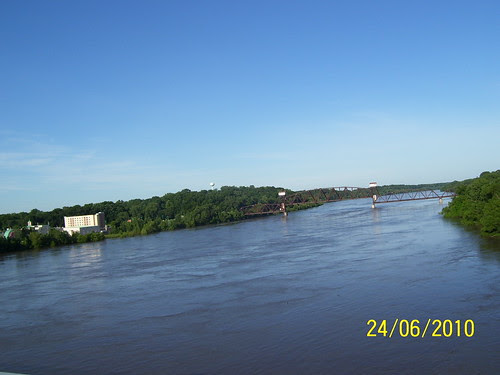 Another Katy Trail controversy. Happily, the bridge was saved this year. Gov. Nixon may have blown the Tour of Missouri, but at least he made the right move here.

And then we left Booneville and started climbing. Oh, my gosh...it was great! There was this long hill, and I was dreading it, but instead of being awful, I screamed up it. Awesome. I felt like Lance Armstrong. Until Sam told me it wasn't a straight uphill. It's kind of an optical illusion: on some parts, it looks like an incline but is actually downhill. Other times it's flat. And yes, there are actual inclines as well. So, while I may not quite be ready for the Tour de France, it was still pretty cool. 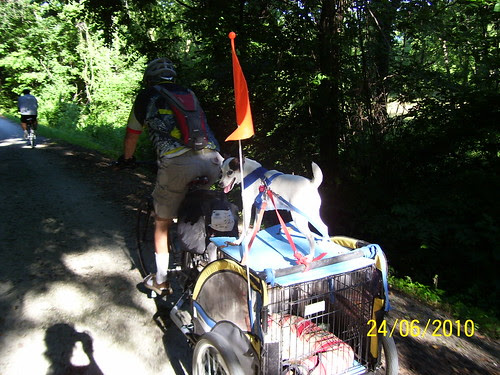 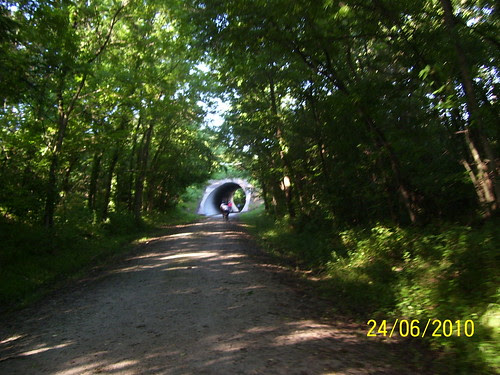